In an unsurprising turn of events, the Department of Labor (“DOL”) announced it will be rescinding the current joint employer rule, made effective in March 2020, that clarified the standard for when, and under what circumstances, two or more entities are considered “joint employers” for purposes of liability under the Fair Labor Standards Act.  Now, as of September 28, 2021, this rule will be no more.

The rule that is now being rescinded was considered a win by the franchising industry, as it emphasized the actual, direct control that an employer exerts over a worker in determining whether or not an entity is a joint employer.  The rule also expressly stated that a company’s use of the franchise model does not make joint employer status more likely.

Since its enactment, the joint employer rule has come under fire – first in September 2020 when a NY federal court invalidated the rule based on the court’s finding that the change to the existing standards were “arbitrary and capricious,” inconsistent with prior rulings, and in conflict with other DOL policies and definitions.  Next, in March 2021, the DOL proposed rescinding the rule “to allow it to engage in further legal analysis, in order to ensure that lawful and clear guidance is being provided to the regulated community.”  Now the DOL has officially determined to rescind the rule due to it being inconsistent with prior guidance.

The DOL has not proposed an alternate rule in its place at this time. However, as we have written about previously, the Biden administration has expressed support for returning to the “Obama-era” approach on this issue, under which a company can be held more broadly accountable for the wage violations of its business partners. Also, prior to enactment of the rule, states individually formed their own varying standards for joint employer determination.  With this uniform guidance now rescinded, we can expect states to resume their disparate approaches – meaning that an entity that operates in multiple jurisdictions may face joint employer liability in one but not in another.

Franchisors and franchisees should monitor developments on this topic.  If you have any questions about how this shift in the joint employer standard may affect your business, please contact us. 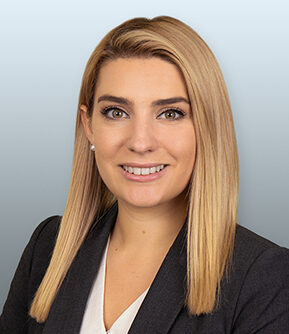